A Definitive Guide to the Provincial Nominee Program for Canada Immigration.

Home » A Definitive Guide to the Provincial Nominee Program for Canada Immigration.

Do you think that the Express Entry pathway is the only way to get a Canada PR?

The Express Entry pathway is the top channel for many hopeful immigrants. However, you should know that there is an alternative route to enter Canada. It’s called the Provincial Nominee Program for Canada Immigration (PNP). The program allows provinces to nominate applicants on their own accord for permanent residence in Canada.

The nominees get a head start in the Express Entry system by acquiring extra points. Subsequently, it improves their chances of obtaining PR via that pathway.

The only catch is that each province has its own set of rules. So you need to make sure that you’ve selected a pathway that works in your favor.

This guide highlights the main aspects of Provincial Nominee Program for Canada Immigration and its benefits.

The Basics: What Is the Provincial Nominee Program? 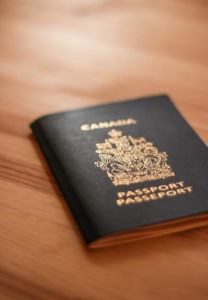 Provincial Nominee Program was launched in 1998. The program started in Manitoba and was eventually adopted by other provinces. It is an agreement between the federal & provincial government which allows the province to nominate candidates as per the requirements of their province The decision is made according to the economic requirement of a particular province.

The PNPs are seen as a way to provide Canadian immigration to talent from all corners of the world who either have a job offer from an eligible employer of the respective province or their occupation is on the list of in-demand occupations.

It’s important to note that more than 90% of PNP programs require you to have a job offer from an employer in the respective province. After which you have the chance to get nominated by the province. Once nominated by the province, the candidate gets additional 600 points in the CRS score which help in getting ITA from the federal government in case the client is applying for a Provincial Nominee Program which is linked to Express Entry. The federal government checks security and medical records before granting them permanent resident status in Canada.

Now that we’ve covered the basics, let’s have a look at how this program works.

The Process: How Does It Work?

Here are a few questions that explain how PNPs work:

1. Which Canadian Provinces Are in This Program?

The Canadian government has granted nine provinces and two territories that power to select immigrants for Canada PR. They are allowed to choose these candidates based on their labor market gap and economical needs.

Here are the authorized areas for PNP:

Each of these provinces has got numerous streams (categories) for their nominated immigrants. That means you can opt for a stream based on your skills and qualifications to ensure that you get selected.

The main streams are for:

Word of Caution: Quebec isn’t part of this immigration pathway. It’s got a different agreement with the federal government for its economic-class immigration program.

2. Who Is Eligible for This Program?

The primary purpose of this Canadian immigration program is to stabilize the province’s economy. The instability could be due to a lack of skilled employees, inadequate training for certain fields or education gap in certain departments. PNP candidates fulfill this void by taking up the jobs and contributing to Canada’s economy.

That’s why they are required:

Other than that, you must be proficient in English/French and have a credible IELTS or CELPIP score.

The federal government conducts a thorough background check on the applicants as a safety precaution.  This includes a police check to see if the applicant has any criminal record in their native country or wherever the applicant has stayed for more than 6 months.

They also go through a mandatory medical exam to ensure that they are healthy and not a danger to Canadians in any way. In addition, it is also assessed if they would be an additional burden on the system as the spending on their health will be much more than an average Canadian.

Once the candidate passes these tests, they are considered one step closer to getting their permanent residency.

The processing time for PNP applications varies according to province. In some cases, it’s been estimated to take over 4 months in others a whole year. The application fee varies from province to province.

Therefore, you must always check the specific amount before sending in your application.

Here’s a step-by-step guide for this Canadian immigration program:

This, in turn, will help them have leverage in comparison to other applicants.

It must be noted that this is a short breakdown of what happens during the PNP application process. There are lots of smaller steps that you’ll have to take before you arrive.

Should You Hire an Immigration Consultant? Yes, you should.  Regulated Canadian immigration consultant will help you get a professional take on this program. That’s because they can help you choose the best program that suits your profile and show you how to navigate the application and other areas of the immigration process. Without their assistance, you might find the whole process challenging and exhausting.

We understand that when people talk about coming to Canada, they do so via the Express Entry system. That’s why that is the only option they have heard about from family and friends and it seems safer and feasible for most applicants. Nonetheless, we recommend that candidates way in their options before picking their pathway.

Provincial Nominee Program looks like a golden opportunity for anyone who have a job offer from a Canadian employer or their occupation is on in-demand occupation list. It opens up a pathway that grants you employment, residency, and a Canadian visa. The only condition is that you have the skills and experience to contribute to the country’s economy.

In short, it’s a win-win situation for everyone involved.

Why should you hire an immigration consultant?

With over 80 immigration streams, selecting an immigration pathway that fits your needs won’t be easy. Elaar Immigration Consultancy Inc., a leading immigration firm in Vancouver, Canada puts you at ease by helping you discover the right pathway for you. With our assistance, you can settle down in Canada without any delays or unnecessary hurdles.

Get in touch with us right away to get the application process started!

Discover your Elaar immigration options! Complete our free assessment today and a member of the Elaar Team will contact you to discuss your immigration to Canada.

Discover your Canadian immigration options. Get your free assessment now!